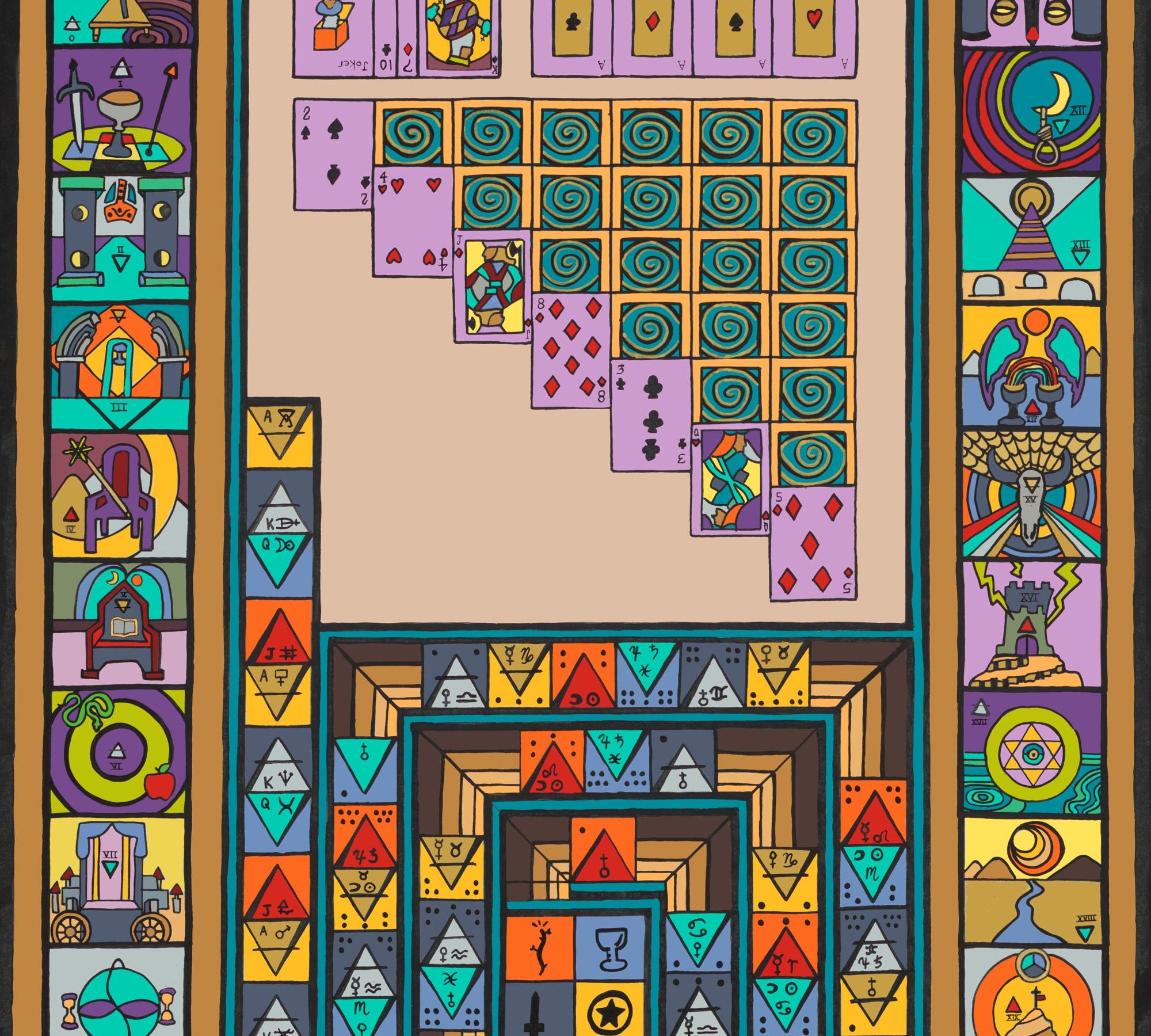 I’ve always been intrigued (and inspired) by tarot card design – everything from the traditional designs to the totally customized designs that people come up with.

When I sat down to brainstorm ideas for my next piece, I started with the idea of marrying tarot cards with a board game design. The session resulted in the idea to include the card game solitaire. Playing on the idea that someone could play with tarot cards by themselves to generate their own future.

Lots of research for this piece – I learned all about major arcana and minor arcana. The 22 major arcana cards are displayed as the outer strips and the 56 minor arcana are coded into the boardgame-esque spiral. I don’t want to say exactly how its coded because I want the viewer to figure it out for themselves. Astrology, elements, and alchemy all come into play.

This site uses Akismet to reduce spam. Learn how your comment data is processed.